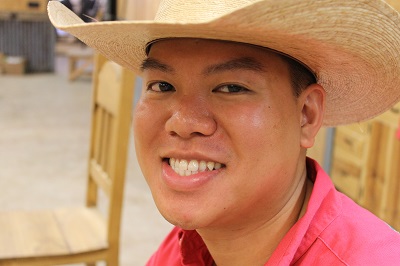 Rickey Phoummany is originally from Watauga, TX. He has been involved with TGRA and IGRA since 2015 and competed in his first ever rodeo events at the Great Plains Rodeo in OKC in 2015. Rickey earned the title Mr. TGRA 2016 and then went on to earn the title of Mr. IGRA 2017 2nd Runner Up.

[...]The people who started this came from somewhere. They had to work hard to give us what we have now and we shouldn't take that for granted. It's about the history of where we come from and how we can keep that alive. [...]